Are X-Rays Necessary for All New Dental Patients? A new patient comes into your office and one of the first things she says is “I don’t want x-rays!” When questioned why not, the reason is that she simply feels that she does not need them, nor does she want the radiation. What would YOU do?  This is a question that we received, so please listen in to what Dr. Richard Madow and Dr. David Madow have to say. Then of course we do the call of the week. Since we are on this topic, we call an office asking if we could come in as a new patient and not have any radiographs taken. Listen in to see how they handle it! If you have a question that you would like answered on our podcast, please send it in to podcast@madow.com. We will do our best to get yours answered!

Do All New Dental Patients Need X-Rays? What if Your Patient Refuses?

If you enjoyed this podcast, check out our previous podcast, For How Long Should Dentists Guarantee Their Work? Should They Guarantee it at All?

PrevPreviousFor How Long Should Dentists Guarantee Their Work? Should They Guarantee it at All?
Next“The Answer Is NO!! Now What’s The Question?”Next Why Our Patients Love To Be Led!

In dentistry, it’s super important to lead our patients to the next step, whether that is scheduling treatment, becoming a patient in your practice, or anything else. Dentistry, Football, Etc… A great dental practice (and life) lesson was shown on December 19th to fans of The Baltimore Ravens. (Yes – I’m a Reactivation: “Shut The Back Door!”

https://vimeo.com/665418672 Some studies have shown that the cost of obtaining a new patient is TWELVE TIMES higher than reactivating ones who have already been into Don’t Do THIS During Your Perio Exam! Success Tip: Ten Things To Do Before 8:00 AM

Success Tip: Ten Things To Do Before 8:00 AM Everyone has twenty-four hours in their day, and the way those precious hours pan out so This Is NOT A Dental IQ Test!

One of the craziest things that dentists say is “my patients have a low dental IQ!” On today’s episode of The Madow Dental Podcast, we will find 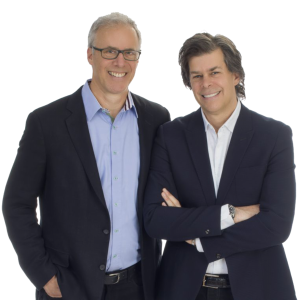