By The Madow BrothersMarch 22, 2017March 5th, 2019Practice Management Tip
No Comments
Is there trouble brewing at your office in the form of patients not accepting their treatment? This may be the reason.

One hundred years ago, Schlitz Beer (remember Schlitz??) became the number one selling beer in the country by running a radical marketing campaign. Their ad detailed how Schlitz beer was actually made. Since no one reading the ad previously knew how beer was made, they assumed this was some kind of proprietary process – and Schlitz’s sales quickly rose to the top! It became known as “The beer that made Milwaukee famous!” (Or was it “the beer that made Mel Famey walk us?”)

Fast forward to 2017. Do beer ads describe the brewing process in detail? No way. They show attractive twenty-somethings at the beach. They show beautiful crispy-clear snow-covered mountains. They show majestic horses. The goal is to get a feeling attached to their brand, so when you pick up a six-pack of Budweiser you are transported from your dull, ordinary life to a place you would rather be. We all know it isn’t true, but with annual US beer sales topping $100 billion, it seems to be working!

So what’s the point? Your patient doesn’t want to hear about how the crown is made, how the implant surgery is done, and what their composite resin is made of. They want to know how it will look, how it will function, and how it will make them feel!

Get excited about how your dentistry will transform your patient! And if you can get them equally excited, go pop open a beer! 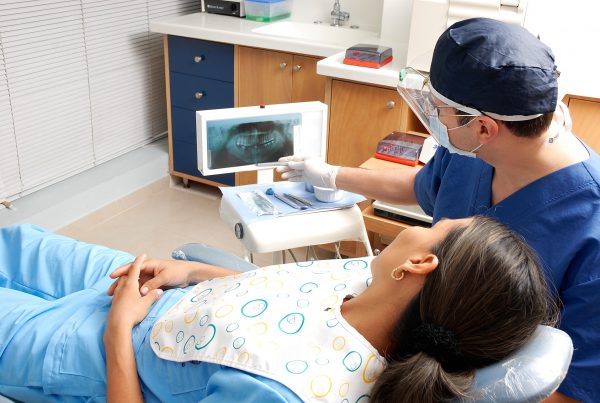 How to answer every patient question (or at least it’s a start!)

HELP! My dental ship is sinking…

Event Coordinator at The Madow Group. Hope has broad experience in project planning and execution. Focus on problem solving and increasing efficiency in both large and small business environments. Direct experience with sales and marketing, team management and employee training.