Chat with us, powered by LiveChat

By The Madow BrothersMarch 19, 2013February 19th, 2020Collection Forms and Envelopes
No Comments 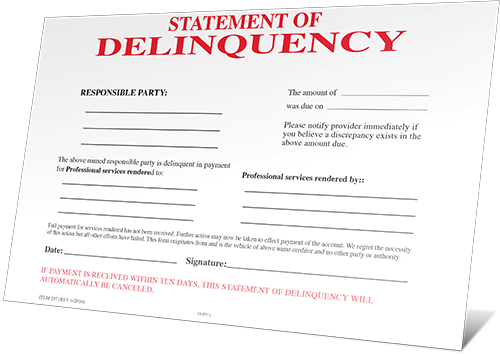 “How Something We Purchased Over Twenty Years Ago is Now Bringing in More Money than Ever!”

OK, laugh if you must. Because this certainly sounds crazy, right? But when you are all done laughing, you must hear what we have to say. Because what we are about to describe to you will bring you lots of money… just as it has done for us.

Probably a brief introduction is in order. We are Dr. David Madow and Dr. Richard Madow. Two brothers. Two dentists. For over twenty years now, we have been helping dentists become successful and happy in their dental practices through our seminars and unique products.

Here’s how it all started. Do you remember our economic situation in the mid-1980s? If not, let me refresh your memory. There was a terrible recession going on, interest rates were sky high, the stock market was spiraling downhill, people were losing their homes … all in all it was a gigantic mess out there.

In addition to the above, it was an extremely difficult time not only to get our patients to accept treatment, but also to pay their bills. So our office checkbook was often in the red. We became experts at juggling bills. But as you may know, landlords, labs, suppliers, banks, as well as staff members don’t really want to hear that money is tight. They want to get paid on time. So even if we could pay our bills, more often than not we could not pay ourselves our full salaries. And sometimes we had to skip entire paychecks.

It seems as though this mess was just yesterday. We were scared. We didn’t know if it would ever end. Would our practice ever be profitable again? Then it happened. We received a piece of mail that at first glance appeared to be questionable, but would prove to be one of the most important letters we would ever receive in our lives!

The letter was from a guy named Jerry who was describing a special form that he had developed. Jerry claimed that when his form was sent to slow-paying patients, something in the form would get them to immediately reach into their wallets and pay their overdue bills. It was a psychological form; one with a large red headline to capture patients’ attention and let them know you mean business. Hey, this was exactly what we needed! We were not convinced that it would work given the terrible economy we were in, but having nothing to lose except for a small amount of money, we reached for the checkbook and placed an order for a supply of Jerry’s forms.

When the forms arrived, they were exactly as described by Jerry. The large headline in big red letters was great! We immediately prepared ten of them to go to our most delinquent patients – the ones who owed us large chunks of money but just weren’t paying. Filling them out was simple. Only took a few seconds each. We placed each form in an envelope, dropped them in the mail, and then sat back and waited.

But nothing happened. We didn’t receive all of the checks in the mail that Jerry promised we would. We felt cheated. In the meantime, our checkbook was getting lower and lower, we had bills to pay, and the economy was getting steadily worse. We were seriously stressed out.

We had virtually given up on collecting any money with Jerry’s form. We were looking for another way. But the next week, while we were treating patients, Madge, our front office person, came to the door and gave us a big “thumbs-up.” She was smiling from ear to ear. But then she walked away without telling us what was going on.

What had happened (as we found out later) was that two very large checks came in the mail that morning from two patients who had received the forms! But it gets better. The very next day a woman came in and placed four crisp one hundred dollar bills on the counter, begging us NOT to take any further action. This was payment in full for a debt that was way overdue!

The Form was Working!!!

Of those ten initial forms that we sent out, we received three responses. Since we had just about given up on receiving any payment at all from those delinquent patients, we were thrilled… until we realized that the seven other patients who had received the form still owed us thousands of dollars.

Jerry’s form was working, but not as well as we had hoped. We sat down with the form and looked at it closely. It was good, but not good enough. We decided to make some changes and when it was done, we sent out another ten forms to see if the new version did any better than Jerry’s original form.

Let’s just say that we went from about zero to 60 mph in a very short amount of time! We continued sending the revised forms out to all of our slow payers. The money started coming in so regularly that not only were we able to take our full salary once again, but were occasionally able to squeeze in little bonuses that really helped our families when it came time for extras such as our summer vacations!

We started referring to the revised form as the “Magic Form”! It was “magic” because every time we put one in the mail, money would come back to us! We even began sharing it with some dentist friends who we were close with. Well, this “Magic Form” ultimately became famous for dentists all over the country.

This is the “Magic Form”

Fast forward to the present time.

After many great prosperous years, we never thought those bad times would hit us again, but unfortunately they are back. Call it whatever you want, but we are still in a financial mess and it’s a pretty bad one. We are still seeing housing foreclosures, massive layoffs, and a rise in unemployment. Banks are in bad shape. Everyone is waiting to see what will happen. But in the meantime, people are not spending money. The reason is simple – they don’t have the money to spend!

We are experiencing some of the toughest times ever in terms of slow-paying patients. Let’s face it, when it comes down to paying the rent, the mortgage or the dentist, guess who will not get paid!!! If you think you’ve got outstanding past-due accounts now, just you wait. It’s going to get a lot worse before we see any improvement.

What can you do? Well, first of all, tighten your standards when it comes to extending credit to your patients. You’ve got to do everything possible to have them pay up front because every time you “loan” a patient money, you are risking not getting paid back. Don’t be a bank or you’ll dig yourself in deeper.

Secondly, you need to collect all of the outstanding money that is out there and seems impossible to collect. Because every day that passes, the money is becoming devalued and the chance of actually collecting it decreases. Just go through your books now and take a look at the figure as to how much money is outstanding. Don’t just look at the large accounts. Look at the small ones too. They all add up.

How can you collect this money? That’s where the “Magic Form” comes in. Because if you have outstanding money that is owed to you by your patients, you need not try any other method! There is something about this “Magic Form” that gets the patients to pay you and to pay you FAST. It gets the job done with almost no effort. Of course, there are all kinds of computer-generated letters and forms these days, but they are ineffective. Attorneys and collection agencies are very expensive and totally unreliable.

The “Magic Form” is the only proven method of collecting past-due accounts in a rough economy!!! You are in complete control when you have a supply of these in your arsenal!

When you use the “Magic Form,” you are guaranteed to collect more past-due money from your patients than all other methods combined! It’s a fact – these “Magic Forms” will help you rebuild your ailing checkbook and virtually put an end to your cash flow problems. Sitting on your butt, or worse yet, trying to collect money using ineffective methods will simply not work in this economy. Your patients laugh at those computer-generated letters that you probably send them! We’re not even sure if we can explain exactly why the “Magic Form” works, but we are positive that if you keep doing what you have been doing, you will keep getting the same poor results.

It’s now time to make a change when it comes to collecting all of the money that is owed to you. And to make it simple, we are about to extend a special professional offer to you. The “Magic Forms” normally sell for $89 for 100 forms. At that price, they are a fantastic deal.

Just imagine how much money you will collect when you begin to send out the “Magic Forms”! The return on your investment is astronomical. Let’s say you only collect $1,000 of bad debt by spending $89 on the forms. Do you realize that is over a 1,400% return on your money? Please tell us where else on this planet you could get a return on your money like that! And remember, that is a low estimate!

Please don’t wait on this special offer! In this economy, you need to be doing the right thing to collect money from your slow-paying patients. Then get ready to have a healthy checkbook once again!

P.S. In this economy, you need to be doing something that has been proven to work when it comes to collecting the money that is owed to you from slow-paying patients. The “Magic Form” is definitely your answer. It is guaranteed to collect more money from slow payers than any other method. The return on your investment will be astronomical! Order your supply today!!!

Event Coordinator at The Madow Group. Hope has broad experience in project planning and execution. Focus on problem solving and increasing efficiency in both large and small business environments. Direct experience with sales and marketing, team management and employee training.